We’re all guilty of this. I think there probably isn’t a producer in the world who doesn’t have a ton of half-finished projects littered across several hard drives. Just sitting there… silently. Watching… waiting… judging…

Even the team of world-class producers who create the Producer Confidential Production Stacks have struggled to finish tracks through their careers. But the thing about being a producer is you have to produce music, not just loops. Can you even call yourself a producer if you never finish a track?

But, I feel your pain –I’ve been there, am currently there, and will soon also be there again– too. Finishing tracks is hard. All tracks start as a beautiful fun process of discovery, like a shiny new toy to play with. And they all ultimately end up as work. Or worse you end up listening to the track so much it all becomes sonic mush. And then you think to yourself: “It was probably never that good anyway.” So you move on, and what might have been the music that lights up someone’s day or gets them bobbing their heads, ends up gathering dust on a digital shelf. So how do you get over this hurdle?

But before we dive into that, I have a question…

Do you even want to be a producer?

As in do you even want to finish tracks? Maybe you just enjoy the process of making loops or playing around with sound. And if that’s you, more power to you. Everyone’s got their own path to follow and if you’re happy being a sonic explorer discovering amazing sounds, then don’t worry about finishing tracks. Hell, maybe you’ll become a sound design specialist who people will call on to help them make their tracks pop. Everyone’s got different paths to follow. If you’re not meant to be a producer then don’t beat yourself up about it, find what makes you happy, and do that.

For everyone else, let’s dive in.

I’m going to divide the process up into a few stages –the first two of which I’ll cover in this article. The different stages require different processes and different modes of working. It’s better to not mix them up too much. For me the big stages are:

There will always be some overlap between the different stages, but as I’ll explain below, there’s a reason I’ve ordered them like this.

Ideation is the easiest and most fun stage. It’s the part of the process that’s a breeze. You find something which inspires you and suddenly it’s 6 hours later. You’re starving, your ears are ringing but there’s still a big smile on your face.

Ideation is the most fun part of the process, and to some extent, once you get out of this stage things become more like work. So the key is to milk this phase for all it’s worth.

Try to use this first session to get all the main ideas down and a rough arrangement. The reason for this is simple: a song that is fully arranged is much easier to finish than a collection of ideas. Sound design, mixing, and mastering can all take a lot of time, but the thought process for them is more technical. And easier to parse. While creating ideas and arranging is much more of a fluid creative process, that’s based on feel. If your creative juices are flowing try to stay in this zone as long as possible and allow it to move the process forward. Inspiration is a fickle mistress, so stay in the creative saddle for as long as you can.

Working fast also helps avoid getting bogged down in technical details, which could be left for a later stage. Technical problems can be massive consumers of your time and will pull you out of the creative mode. Now I’m not saying you should only compose using a piano sound or sine wave, but don’t let trying to get the perfect sound your synth or bass pull you away from creating ideas or arranging those ideas. Leave the sound design and mixing for later.

You don’t need to have everything perfect in this first phase, and by doing things fast you’re operating less on thought and more on feel. KSMR made a good point in a talk he gave at ADE a few years ago, that by mapping out the track quickly including the arrangement you can feel the energy and flow of the track, and see how it all fits together. Keep everything rough and you’ll get to this point quickly –there will be time for polishing later.

Once your initial idea is down and you’ve got the arrangement mapped out, now is time to take stock –and a break. Give your ears and mind some time away. Sleep on it, or work on something else, so you can come back to the track with fresh ears. Something which is the sonic equivalent of sorbet, or the ginger they give you with sushi, a palette cleanser.

It’s important at this stage that you don’t listen to the song too much. There will be plenty of time for that later. Believe me, by the time you finish a song you’ll normally be sick of it. Now is the time to get away and so you can get some perspective.

Choose your own adventure

Coming back to the track the next day is a great time to assess what you should do next. Play it a few times and try to figure out what you should spend your time on. Are the ideas strong enough? Does the arrangement make sense?

What you want to get out of this moment is to figure out where to go next. Should you scrap the track? Do the musical ideas need more work? Are the musical ideas solid, but you need to refine the arrangement? Or can you move onto the next stage? i.e. do you go forwards, backward, or move on to something else.

This is also a good time to get input from someone you trust. This doesn’t have to be a producer, although that would be a plus. All you need is someone who understands the creative process and can see the diamonds in the rough. And who will be honest with their feedback. So if your ego can handle it, now is a good time for constructive criticism.

I can’t stress this enough, don’t start on sound design or mixing until you’re clear that the musical ideas and the arrangement work. You can tweak these later, but I think many tracks get stuck in a loop trying to make a poor idea or arrangement better. If you’re trying to fix a weak musical idea or a weak arrangement with mixing, the track will never get finished. Use the right tool for the right job.

“The reason they put blinders on racehorses is because if you look at the horse on the left or on the right you’re going to miss a step. That’s why the horses have blinders on. And that’s what people should have.” Jimmy Iovine – The Defiant Ones

This echoes an idea from KSHMR in the talk above. You’ve got to focus your brain on being creative. Once your project has a ton of tracks your brain starts to switch modes. The project will feel more like filing than creating. So get your blinders on by breaking out parts of the track that need work so you can give those your full creative attention. Make sure you get all that horsepower working on the right things.

The ideas in this article are more about improving your creative process to put yourself in a better position to finish tracks. This article alone probably won’t help you finish old tracks lying around on hard drives but it will help you maximize the chances that you’ll finish tracks you start going forward. Try to optimize your creative process to make the most of your time and creative energy. And fix problems with ideas and arrangement as you go, as opposed to trying to fix these problems during the later stages. Find out how to improve your mixing and sound design in the follow-up article. Sign up for the Producer Confidential email list or follow Producer Confidential on social media to get notified. And to be the first to hear about the latest Producer Confidential Production Stacks. 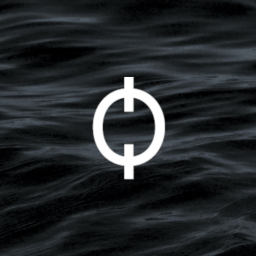